About The Recap! Pod Shows 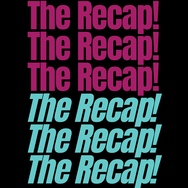 Years ago, what started out as a once-a-week feature called Pop Culture Sunday (originally featured on the Shelf Addiction Podcast), morphed into The Pop Culture Pod on its own feed, which evolved again into this current format. The Recap! Podcasts are broken into several shows for niche audiences, including The Walking Dead Universe, Castle Rock, Watched It, and more!


Tamara & Lisa started together on PCS, and they are now are heavily invested in the world of The Walking Dead Universe. This is our flagship show. You can hear them together LIVE every Monday night at 8pm ET during the shows season. You can always catch them later on your pod-catcher of choice.

Tamara is the solo host of all of the other The Recap! shows. Sometimes special guests will join her to chat about anything from TV to movies.  If you're all about the books, join Tamara and her book nerd co-hosts over on the Shelf Addiction Podcast.

The Recap! Pod Shows are a part of the Nerdy Maven Podcast Network.